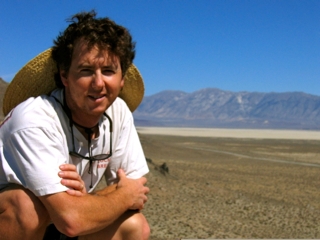 I like my job because I get to dream up wild explanations that help us interpret and understand the data in terms of Earth processes!
Q&A with Bill Hammond 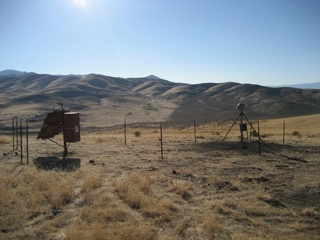 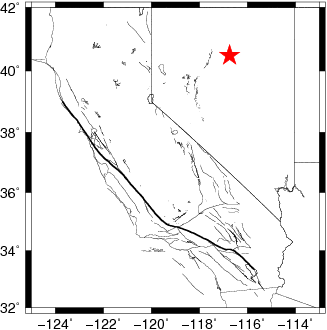 How did you become a scientist/engineer?
My interests in science and mathematics started when I was young. I loved to read about these odd topics when I was a kid. Couldn't stop! I got an undergraduate degree in math, but didn't even consider trying to get a Ph.D. in science until after I'd slugged it out in the business world for a few years. Working on various hard problems in school was fun for me, so I decided to continue doing research after I got my Ph.D. My interests in geodesy and tectonics started when I was a postdoctoral research scientist at the US Geological Survey in Menlo Park California, where I was bitten by the bugs of GPS, earthquakes, and the awesome landscape of the Basin and Range.
What is your job like?
Now I work in a space geodesy group, the Nevada Geodetic Laboratory, which is part of the Nevada Bureau of Mines and Geology at the University of Nevada, Reno. I work with geologists, seismologists, hazard experts and others to collect and interpret our data to help society cope with earthquake risk. I like my current job as a research professor because I get to travel to some of the most remote and beautiful country in the United States to collect data, and I get to dream up wild explanations that help us interpret and understand the data in terms of Earth processes!

The many mountains of the Basin and Range in Nevada were created in response to slow, region-wide tectonic extension that is breaking the Earth's crust along fault lines.

Here, the Earth's surface is part of an 800-km-wide zone of slow deformation of the North American plate. The terrain is responding to the motion of the Pacific plate to the northwest and the weight of the high elevation intermountain western U.S. Cumulative displacement along these faults over long periods of time built, and is still building, topographic relief, i.e. the valleys and ranges. Earthquakes associated with infrequent slip on these faults generate the seismicity felt by people who live in the Great Basin and Sierra Nevada.

In my research I use GPS to measure the processes behind growth of mountains and generation of earthquakes in the Basin and Range and Sierra Nevada. GPS provides precise measurements that let us understand the style and distribution of Earth surface deformation that is a direct consequence of continent-scale tectonic processes.

Data from station P085 shows that central Nevada moves 2.9 mm/yr (yes, *millimeters* per year!) with respect to points east of Salt Lake City, Utah. We can also see that points in California move a little faster than station P085, showing that the crust is stretching west of P085. For example, PBO station P349 moves west 6.6 mm/yr, so there is ~3.7 mm/yr of east-west stretching between those two points.

In tectonic geodesy we are interested in the slope of the GPS position time series that indicates the steady rate of motion of the station. The data show a position for each day (blue dots). Slow and steady motion is the effect of the drift of Earth's crust under central Nevada with respect to the rest of the North American plate.

Measurements of this sort have been made at many stations in the Great Basin and rest of the world. Figure 3 shows the measurements from hundreds of stations in Nevada. These show a slow steady changes of rates across the region, a smoothly varying deformation field illustrating the stately flow the Earth's crust. 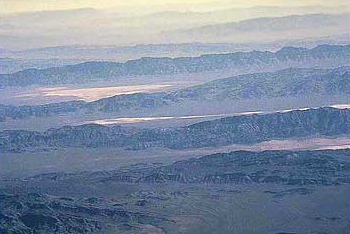 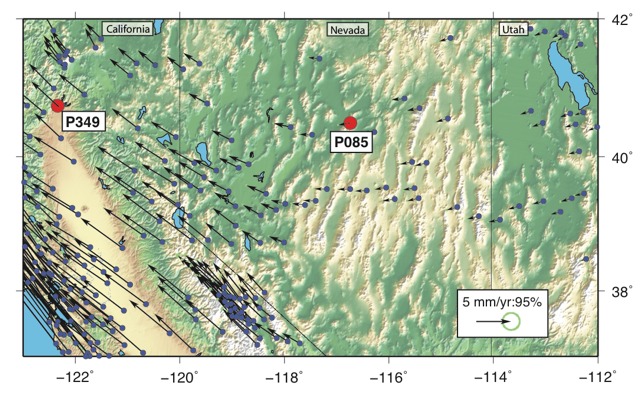 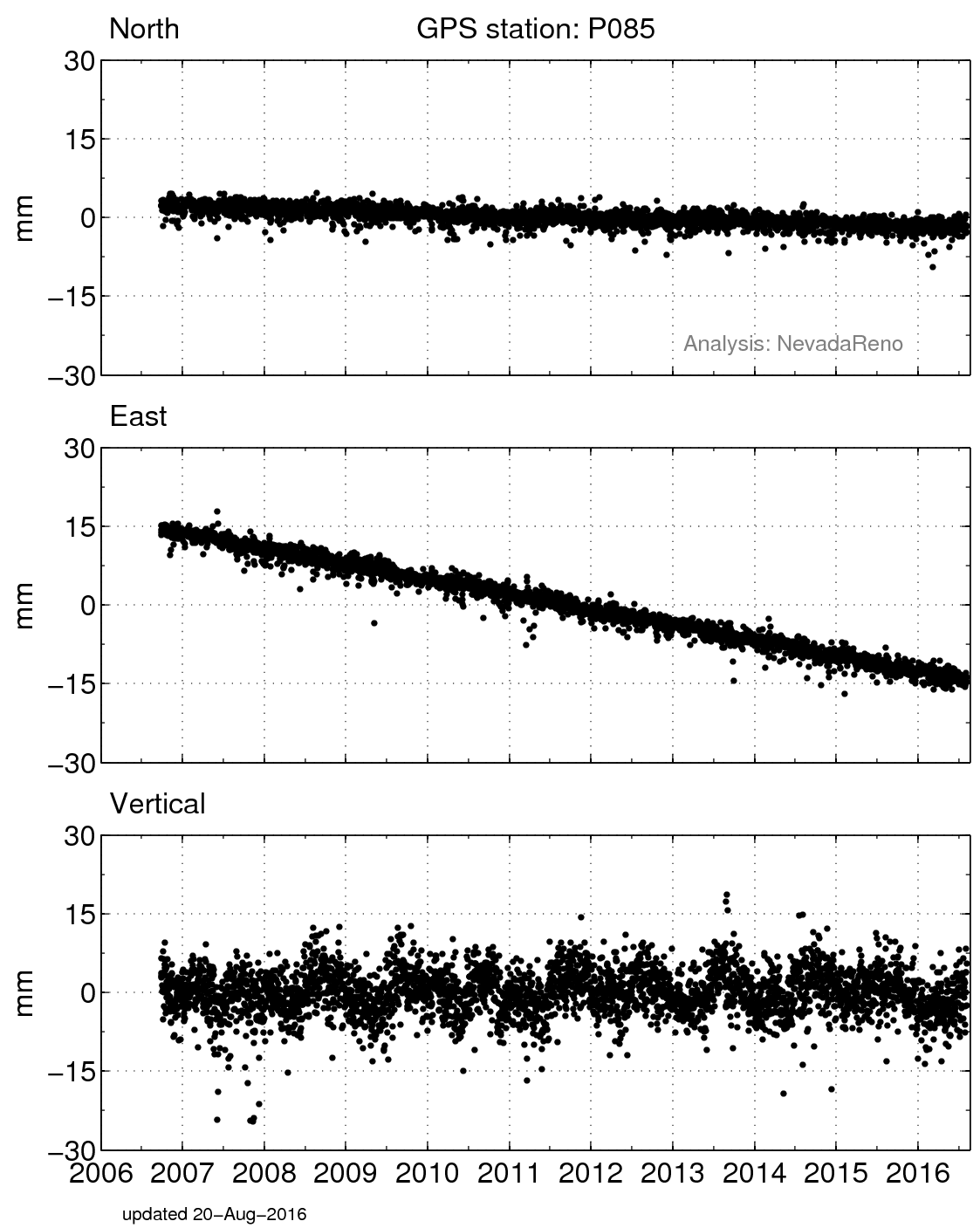 Figure 5. Position changes for P085 in a North America fixed reference frame. (For help in... 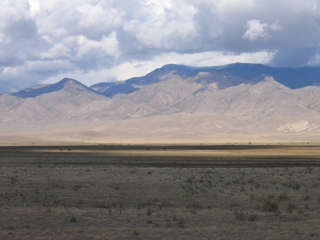 Figure 2. A basin and range valley leading up to a mountain range. (Photo: Bill Hammond)

Figure 2. A basin and range valley leading up to a mountain range. (Photo: Bill Hammond)... 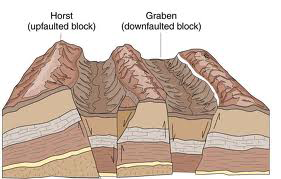 Figure 4. A cross section of basin and range geology, also know as horst and graben.

Figure 4. A cross section of basin and range geology, also know as horst and graben.... 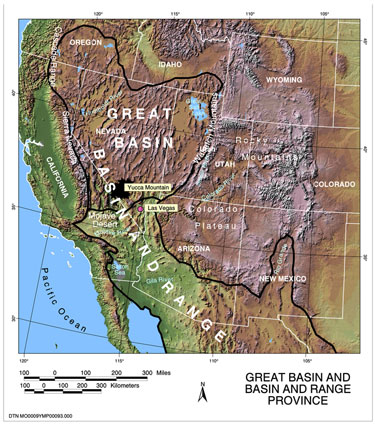 Figure 6. The extent of the Basin and Range province. (Credit: National Parks Service)

Figure 6. The extent of the Basin and Range province. (Credit: National Parks Service)...