Everywhere you look in Alaska, there is evidence of the dynamic and active processes that shape the land, build the mountains, and tear them down again.
Q&A with Max Kaufman 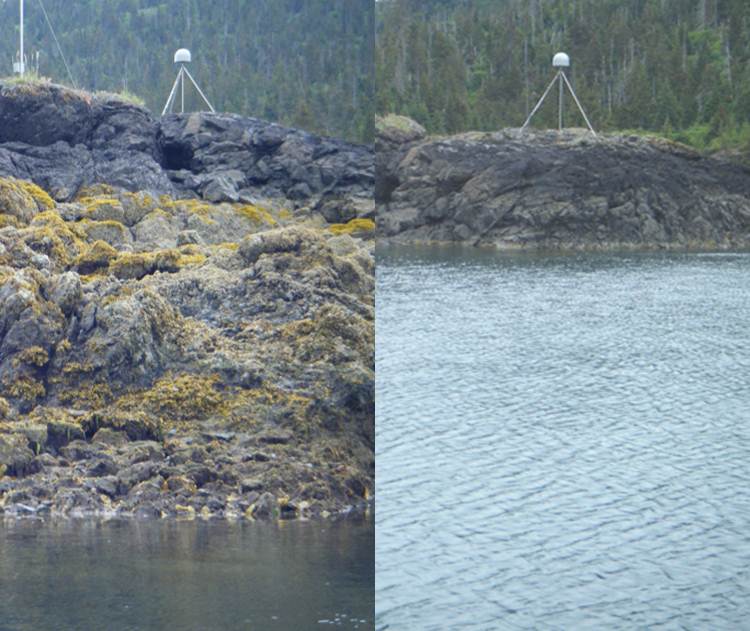 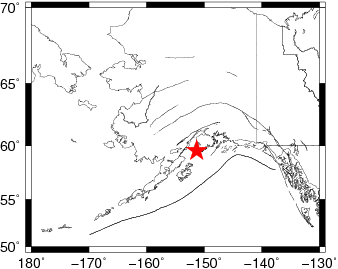 How did you become a scientist/engineer?
As a kid, my mother shared with me her fascination for the natural world. She took me to explore forests, wetlands and beaches near our home in eastern Massachusetts. We went bird watching, tidepooling, and rock hunting. I dug holes in the backyard and found sand deposited on the bed of an ice-age lake. In high school, I had an influential teacher for my 9th grade earth science class. I started going out west during my high-school summers: I had memorable trips to Washington State, the Idaho Selkirks, and did a science school in Jackson Hole, Wyoming. My enjoyment of hiking and camping developed into a passion for rock climbing and mountaineering, and this, of course, pre-disposed me to study Geology in college. As an east-coaster in California, I felt like a kid in a candy shop! I had new and exciting experiences in Yosemite, the high Sierra, and the desert landscapes of Eastern California and Nevada. I was a bit of a generalist in college, but found interest in geomorphology, glaciology, as well as field mapping. An inspiring geomorph professor and a junior year abroad in New Zealand sealed the deal for me as an earth-scientist. Various summer programs, internships, and field jobs all seemed to have the common thread of GPS positioning for either mapping data or measuring physical processes. I ended up in Alaska working first as a biological science technician for USFWS, then as a field technician for the Geophysical Institute at University of Alaska Fairbanks. It was fascinating to me that GPS positioning technology could be used to measure the rates of tectonic processes whose effects could only be seen over "geologic time", or at best, a human lifetime.
What is your job like?
As a research technician in geodesy and seismology, I collect data with various instruments like GPS receivers, gravimeters, and seismometers. Much effort goes into installing instruments and building the autonomous DC/solar power systems needed to keep them running continuously for years on end. We end up doing considerable physical and manual labor: we use all sorts of hand and power tools for light construction work. In this digital age, real-time internet connectivity is of increasing importance.

My work takes me to a wide variety of places and landscapes around the great state of Alaska. We do scientific research in places that I likely would never visit on my own. That's part of the appeal! To some degree, we bear witness to fascinating geophysical processes like earthquakes, glaciers and volcanoes, in order to share the knowledge gained and the sheer wonder of it with the wider society. In Alaska, the winters are long and cold, so we need to make the most out of our summer field seasons. We put a lot of effort into planning and preparations during the winter, to maximize the work we can get done in the summer. My field season typically starts in May and can stretch into early November. I find myself out of town or away from home about half the summer on trips ranging from a few days to three weeks. There aren't too many roads in Alaska, so we end up traveling frequently by small plane, boat or helicopter to access remote field sites. You have to have a good sense for weather, know how to survive in harsh conditions, and be prepared for possible bear encounters. Above all, it really helps to be able to anticipate problems, or solve them with what you have on hand. I have also enjoyed collaborating with scientists from other countries, like Japan, Canada, Germany, Russia and China, who come to do research in Alaska. Alaska has world-class examples of many geological and geophysical phenomena, and it's a pleasure to live and work here.
What are you hoping to learn from your research?
By measuring deformation of the surface of the earth and recording the seismic energy generated underground, we can learn about the properties and processes of the deeper regions of the earth that we can't directly observe. We can use GPS to measure how the Earth's crust responds to major earthquakes. This allows modeling of the properties of the lithosphere. We can use GPS and gravity measurements of rapidly uplifting areas of Southeast Alaska to shed light on the viscous and elastic properties of the crust and asthenosphere below. The data also relates to climate-driven changes in the amount of ice locked up in nearby glaciers. Seismic data can warn us of impending volcanic activity, but it can also help us understand the behavior of magma and fluids in volcanic plumbing systems. Volcanoes expand and contract in measurable ways as they go through cycles of activity. Geodetic measurements of this deformation are used to model shape, location and depth of magma storage reservoirs under volcanoes.

The relationship between vertical motion of the land and sea level rise needs to be better understood in order to provide useful information to coastal decision makers on a variety of issues such as land use and community planning. In Kachemak Bay, Alaska, across from the town of Homer, coastal uplift due to tectonic and postseismic deformation (following the great earthquake in 1964) and rapid ice-mass loss from immense ice fields has influenced coastal habitat and affected coastal communities in many ways that have largely gone undocumented. For these reasons, the University of Alaska installed a GPS receiver at Peterson Bay (PBAY) in 2011. They will be using the GPS vertical positions to estimate how fast PBAY is moving. These rates are likely to be small, as little as 1-2 mm/yr. While these small ground motions are going on, the effects of very large tidal forcings can also be observed in the GPS data. The reflections group at the University of Colorado have used the GPS data to measure sea level. In this spotlight, these sea level reflections are highlighted. 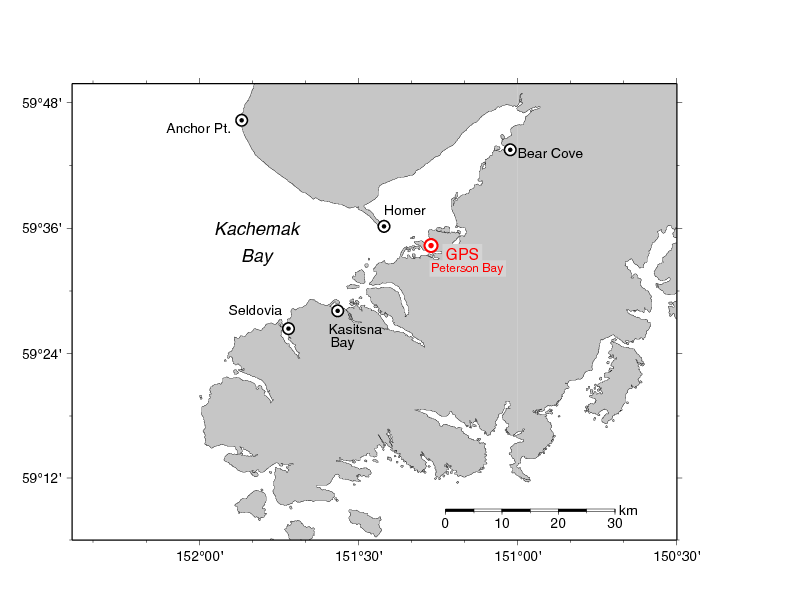 Figure 1. Location of PBAY, Homer, and Kachemak Bay. The GPS sea level estimates are compared to traditional sea level measurements made at Seldovia. 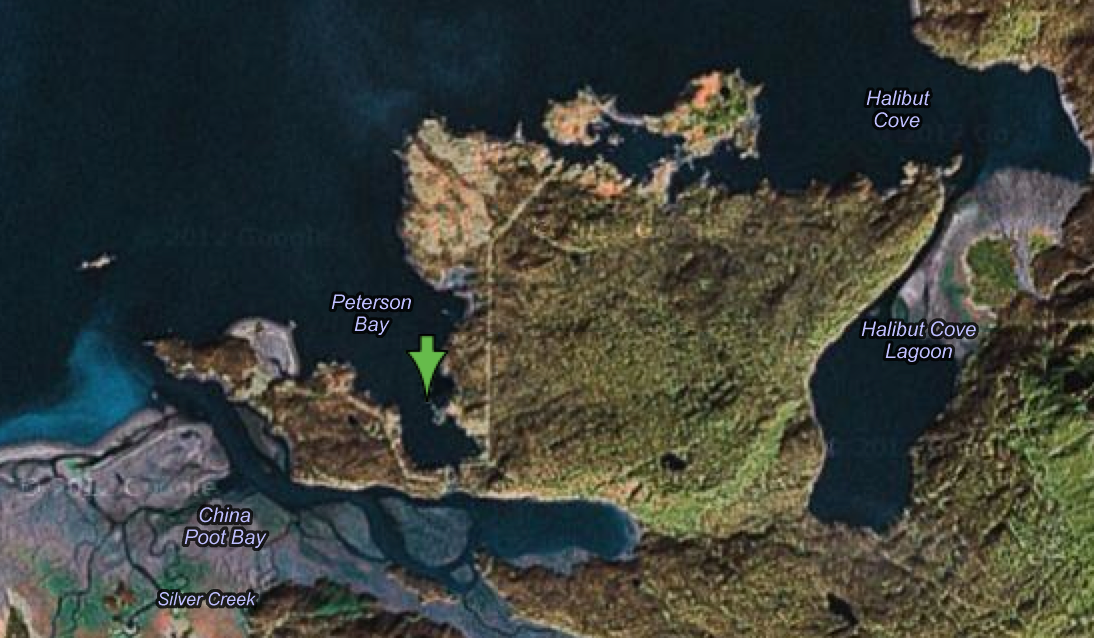 Figure 3. The island is in the middle of Peterson Bay (green arrow).

Figure 3. The island is in the middle of Peterson Bay (green arrow). 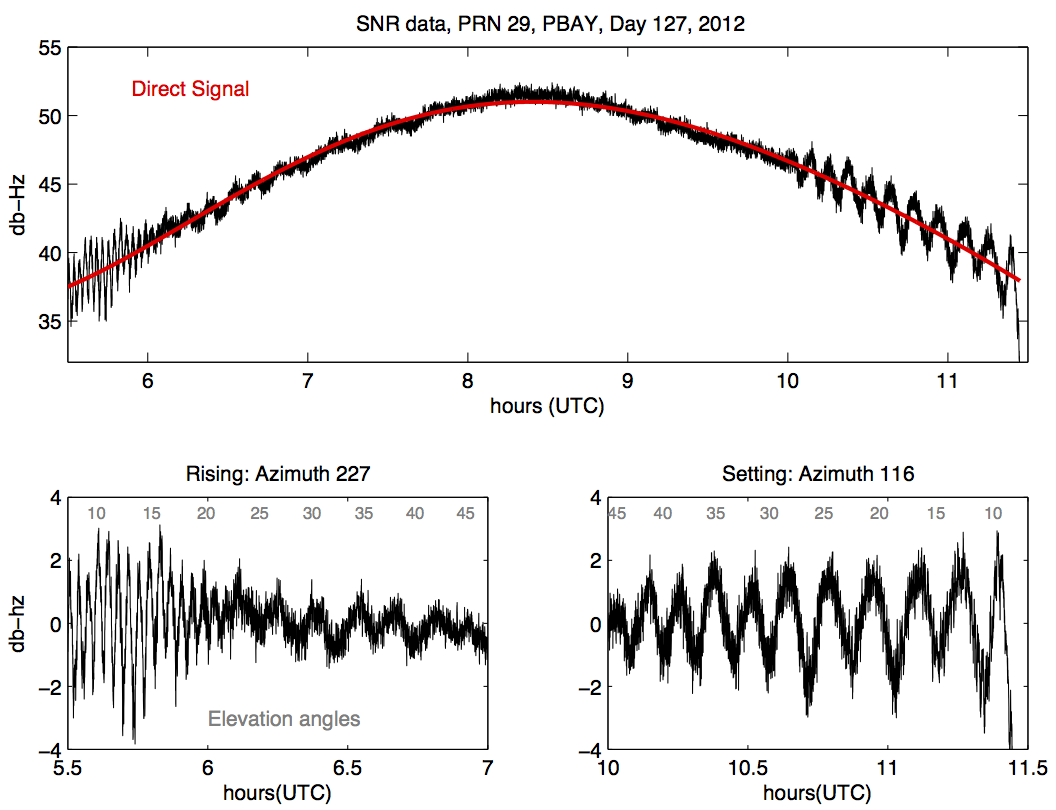 Figure 5. A GPS receiver measures the strength of the signal, in the Signal to Noise Ratio (SNR) data. For geophysics, the direct signal (red) is important. For reflections, the reflected signal (the black trace with the red trace removed) is important. The frequencies in the data shown for the rising and setting arcs (shown at the bottom) are used to estimate sea level.

Figure 5. A GPS receiver measures the strength of the signal, in the Signal to Noise Ratio... 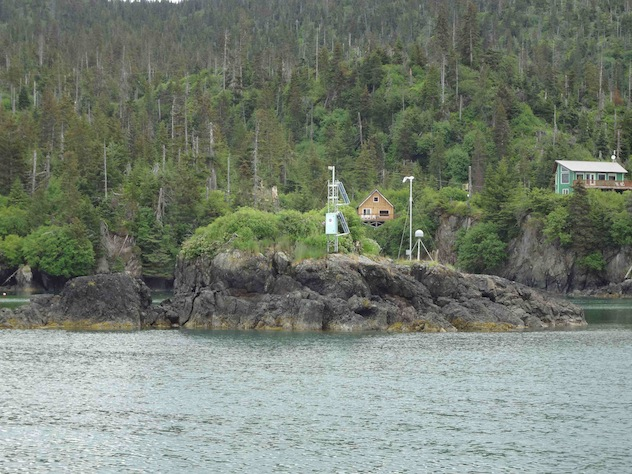 Figure 2. PBAY is located on a small island.

Figure 2. PBAY is located on a small island. 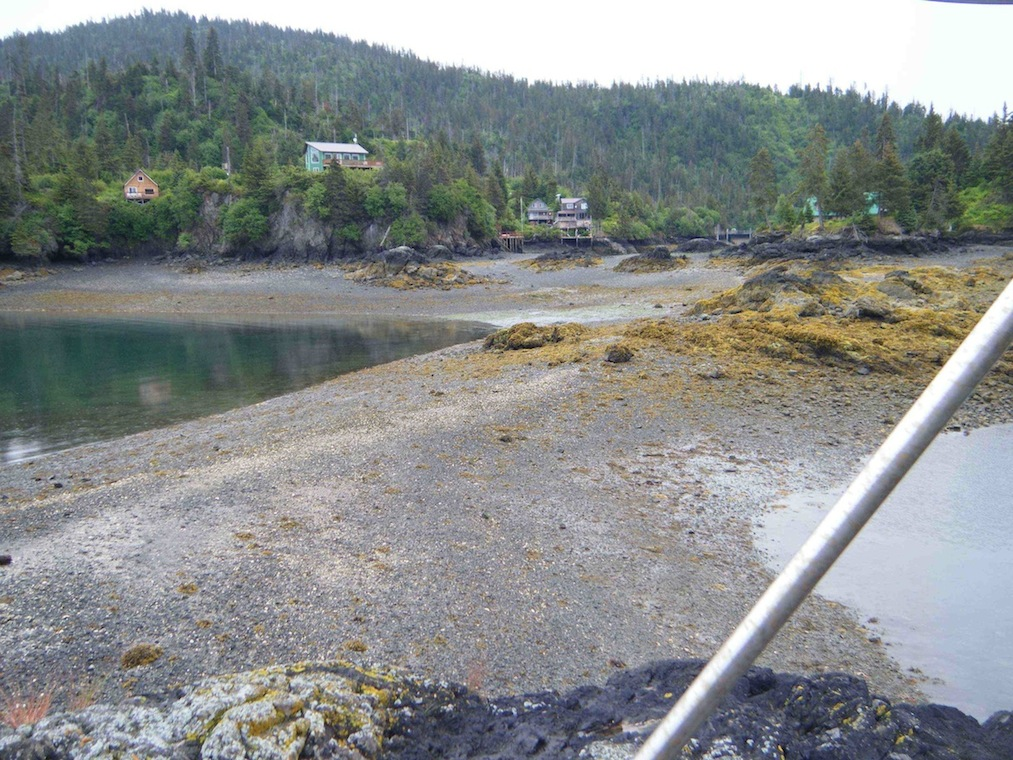 Figure 4. At low tide you can walk to PBAY's island.

Figure 4. At low tide you can walk to PBAY's island. 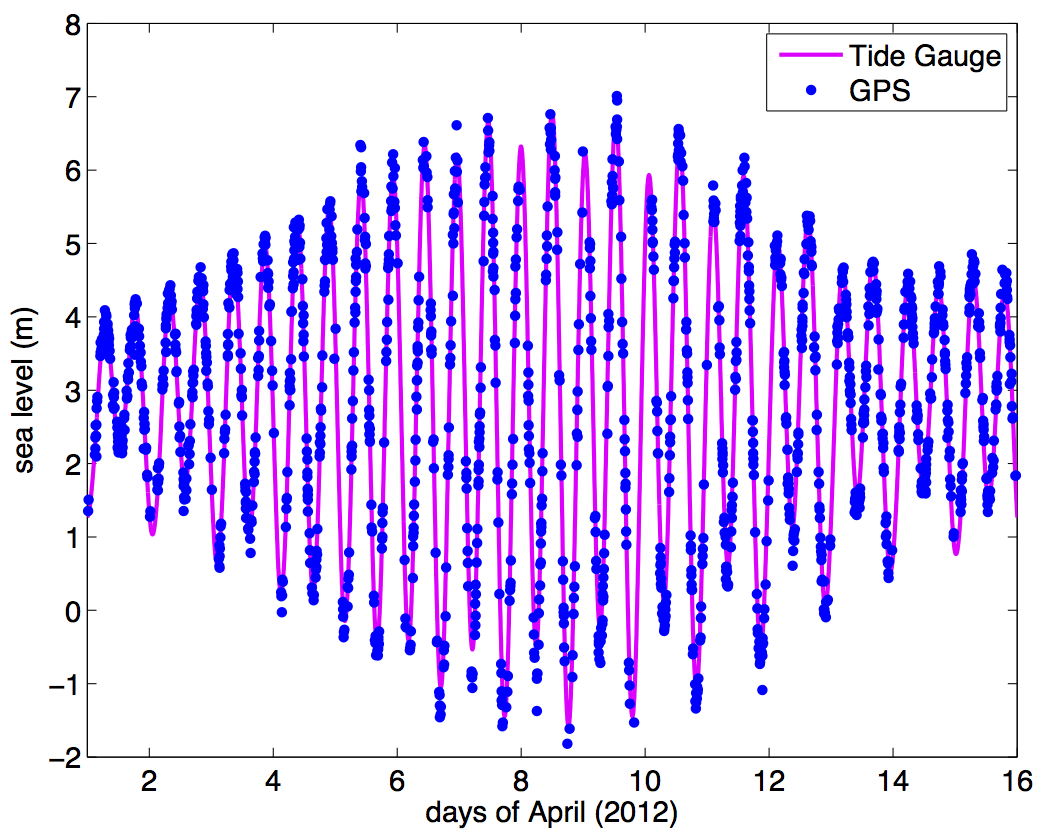 Figure 6. A comparison of two weeks of GPS sea level measurements from Peterson Bay and the Seldovia tide gauge located 30 km away. The tide gauge provides measurements every 6 minutes, while the GPS measurements are only made when a satellite is rising or setting over the ocean.

Figure 6. A comparison of two weeks of GPS sea level measurements from Peterson Bay and th...

This website describes the harmonics that you see in a typical tide gauge time series.