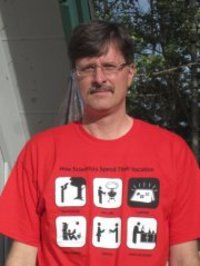 I think I became a scientist because I never stopped asking questions about everything, never stopped being curious and wanting to figure things out.
Q&A with Jeff Freymueller 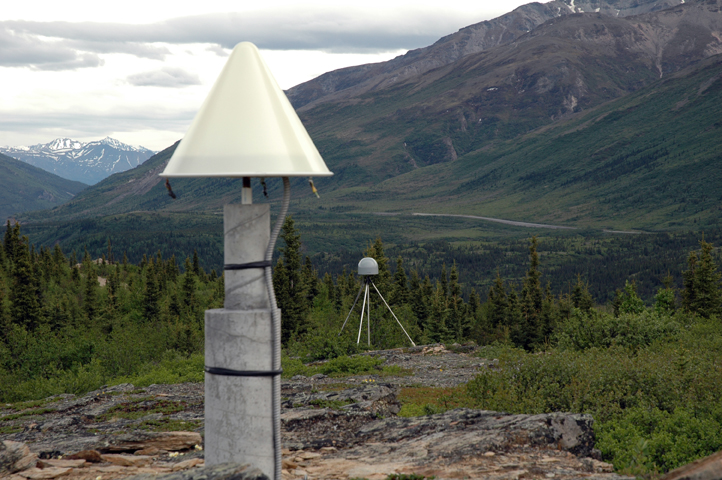 The antenna for GRNR is in the foreground. Its upgraded replacement, site GRNX, is in the background.

The antenna for GRNR is in the foreground. Its upgraded replacement, site GRNX, is in the ... 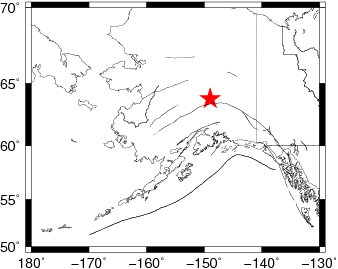 How did you become a scientist/engineer?
I was always interested in science, for as long as I can remember, although when I was young I didn't think about it as science. I just always wanted to know how everything worked, what made things happen the way they did, and questions like that. So at various times, I was totally interested in chemistry, geography, stars, why some places were deserts, all sorts of random things. I think I became a scientist because I never stopped asking questions about everything, never stopped being curious and wanting to figure things out.

The more specific path to my current job as a scientist was definitely a result of following a path of exploration rather than having a master plan. I got very sick one term in college, and although I did graduate in four years from a very challenging school, my academic record was not stellar (mostly) because of the time I lost to that. I went to graduate school because I didn't have any better plan than to continue learning about things that seemed interesting, and I picked potential graduate schools based on places I thought I would like to live. Once I got there, I met a professor who had a project that sounded interesting, using a new tool called the Global Positioning System to measure plate tectonics. The idea caught my interest enough that I followed my advisor across the country when he got a new job. Within a couple of years of working on the project, I found that I could not imagine doing anything else. It has been that way ever since, although of course my specific research topics have changed and grown over the years.
What is your job like?
My job has me traveling all over, including all over the world. When I was younger, I got to do a lot of fieldwork. I still love doing that, but now I have a lot of other responsibilities so most of the time I get to send my students out to the field. I make sure to get out for a couple of trips to the field every summer, at least. I have worked in China and with colleagues in China for 17 years now, and that has meant a lot of trips to China to work with colleagues there. As I have friends and colleagues literally on every continent, I have had a chance to interact with people from all over the world. Most of my time, though, is spent on ordinary tasks—teaching, sitting at the computer and writing, or writing computer code, or looking at data. I make sure to spend some time every week looking at new data just to see what it shows. It never stops being exciting to see some new information and think about how it fits into my mental picture of how everything works.
What are you hoping to learn from your research?
I am interested in everything that makes the Earth's crust move and deform. Although the motions are slow, there are a lot of active processes that do that: plate tectonics, earthquakes, volcanism, the past and present loss of ice from glaciers, icefields, and ice sheets, and even the movement of surface water around the planet. I want to learn how these processes interact, and how each one shows us what the physical properties of the Earth are. The GRNR site was the second continuous GPS site we set up in Alaska, but actually the first one I chose and really worked on myself. It was set up originally to look at the motion of the Denali fault, which is located about 25 miles to the south.

On November 3, 2002, the Mw 7.9 Denali Fault earthquake struck central Alaska (Figure 1). It ruptured for over 300 km. Although only one person was hurt, the shaking damaged roads and structures and was felt as far away as Seattle. The maximum measured offset was 8.8 meters.

There are three main interesting features in the data from GRNR (Figure 5). The most obvious one is the displacement from the Denali fault earthquake. The site moved southeast by 58 mm as a result of the earthquake. If you look closely at the time series, you can see two jumps. The first one is a smaller foreshock of magnitude 6.7 that occurred about two weeks before the mainshock.

The third interesting thing about these data is in the characteristics of the noise (or scatter) in the data. In the north and vertical components, you can see that some days fall well below the general cluster of points, but there are almost no such points that fall well above the main cluster of points. (They look almost like strings of beads hanging down). I found that these outliers in the north component are the same days as the ones in the vertical component, and the two are usually proportional. This means that some days our position solution is biased by something, and the bias is almost always in the same direction in space, southward and down. I think this is due to a large change in the properties of the atmosphere north and south of the Alaska Range under certain weather conditions. GRNR is on the north side of the range, and the north side is quite dry. The south side is much wetter, and I think that these distinctive biases result from atmospheric models used in the GPS processing that are not good enough, and don't allow for such a dramatic change over a short distance. I hope to test that hypothesis in the future, which will require looking into the way we model the atmosphere more closely.

For more information on this earthquake, see the USGS Historical Earthquakes page. 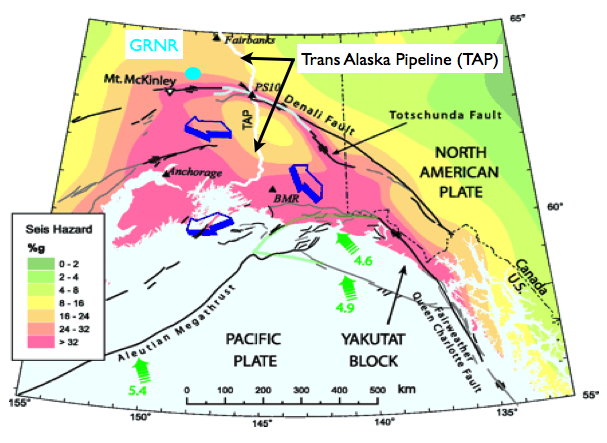 Figure 1.Tectonic background of the Denali Fault earthquake. Arrows indicate motion in cm/yr. Location of GRNR is shown in cyan. The white line is the Trans Alaska Pipeline and the rupture is in gray. Colors associated with seismic hazard levels are shown in the legend. Original figure: Peter Haeussler. 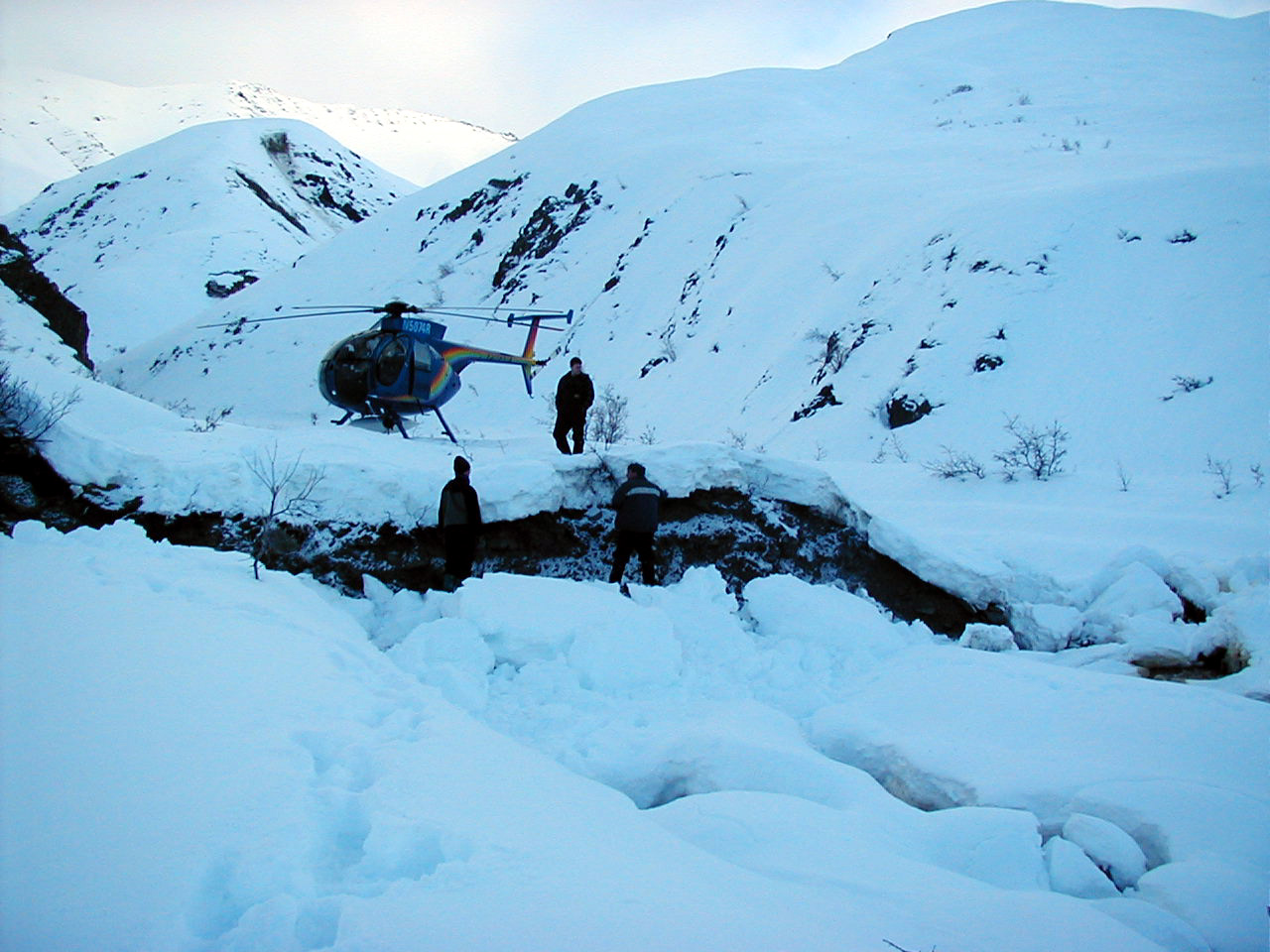 Figure 3. Offset near the point of maximum displacement. The edge of the Jack Creek stream bank on the far (northern) side of the fault was offset 8 m to the right with respect to the edge of the stream bank in the foreground (between the geologist on the left and the small tree). The north side also was offset about 1.5 m upward with respect to the south side. (Credit: Wes Wallace).

Figure 3. Offset near the point of maximum displacement. The edge of the Jack Creek stream... 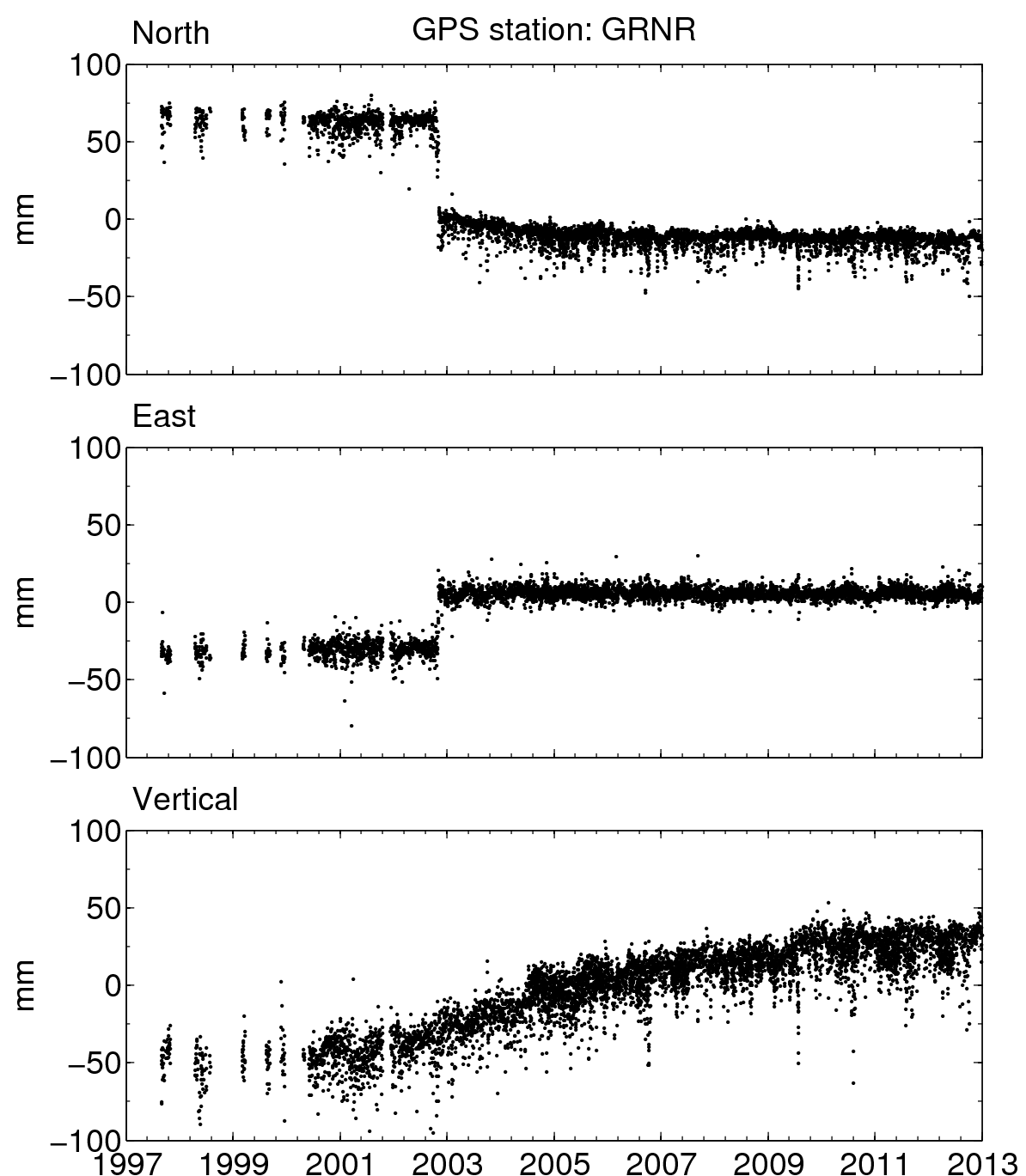 Figure 5. Position changes for GRNR in a North American fixed reference frame. (For help i... 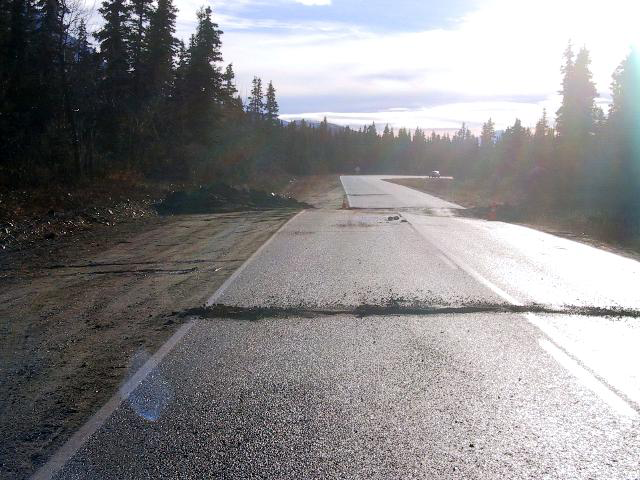 Figure 2. The fault trace on the Richardson Highway, about 100 km from the epicenter. The horizontal offset is approximately 2 to 2.5 m. The Denali earthquake ruptured 300 km of the surface of the Earth. (Photo credit: Dr. Akihiko Ito)

Figure 2. The fault trace on the Richardson Highway, about 100 km from the epicenter. The ... 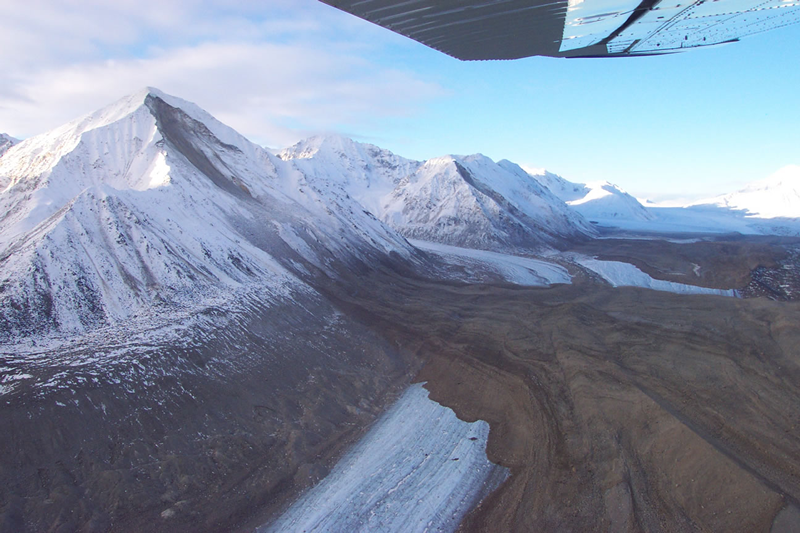 Figure 4. Landslide triggered by the Denali Fault earthquake onto the Black Rapids glacier...